That’s not a plothole, or, Just because it isn’t like yours, that doesn’t mean it’s bad… 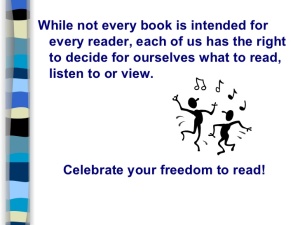 I saw this great, short post on Tumblr some time back that I thought I would expand into a series of posts about writing. I thought that I recorded the name of the Tumblr blog that I lifted it from, but when I went into my note a while later, it wasn’t there. I didn’t really want to steal it without attributing it, and for some reason it hadn’t Googled the quote until today.

People should probably learn the difference between “plot holes” and “things I didn’t like” or “things the franchise plans to explain in the future” or “things film makers didn’t think they needed to explicitly explain because they thought you had critical thinking skills”
—Gina at ahandsomestark.tumblr.com

I was reminded of this quote while reading some gripes about the recent Captain Marvel movie—complaints that echo criticisms of other films, books, and shows that all happen to have one thing in common: the protagonist isn’t a cishet white male.

To stick to Captain Marvel for a minute, the particular complaint is that it is supposedly a bad movie because Carol’s final battle with the bad guy doesn’t involve her defeating said bad guy without using her superpowers. Now read that again: guys who claim to be superhero fans are angry that the superhero used her superpowers to defeat the bad guy. Not only that, they claim this failure of the superhero to not use her super powers is bad plotting.

Of course, they didn’t phrase it that way. And when someone called them on it, asking them why they expect a superhero in a superhero movie to not use super powers, they twisted themselves in a knot trying to say that wasn’t what they were saying.

And you know what, they are sort of correct on that. I mean, it is exactly what they’re saying, but it isn’t what they mean. What they mean is that the moral victory that Carol achieves at the end of the film isn’t the moral victory they think she should achieve. They can’t even see what the victory is, because they are so deeply immersed in societal expectations of gender roles that they can’t perceive it.

Several times in the movie the audience is shown, as she gets fragments of her memories back, Carol climbing back to her feet after getting knocked down. That is a fairly standard part of any hero’s story, right? No matter how many times you get knocked down, you stand back up and keep fighting. The part these guys don’t understand is it isn’t just about being physically knocked down—it’s also about the guys yelling at her to stay down, telling her that she doesn’t belong there, telling her she isn’t good enough, telling her that the only worth she has is what they have given her.

Overcoming that constant message is the point.

The whole point of Carol’s arc is that she has been lied to, manipulated, and put in a position where her power is limited by the liars. She was always good enough. She was always strong enough. But she believed the liars. And her triumphant moment at the climatic battle is first the moment when she throws off the shackles and embraces the power that was always there.

An even more important moment is when the man who has been lying to her day in and day out for years, who falsely told her that the only reason she had anything was because he gave her his blood, who kept telling her she was too emotional, and that she would never be good enough if she couldn’t come down to his level and win under his rules (rules that are very specifically designed to ensure her loss). Her triumph was when she realized that her worth had nothing to do with his approval.

When she refuses to stoop to his level and blasts him in the face, that was an incredibly big deal. Because the enemy she was always facing was the abusive, manipulative, toxic system that he represented.

I understood how important that moment was because for me it reasonated with the moment in my teens when I finally realized that every time my dad had been telling me that I was broken, worthless, not man enough, et cetera, had been a lie. The moment I stood up to him, and then walked away from him was an important victory.

Millions of women who watch Captain Marvel recognize that moment because they all have had a time where they realized they don’t have to please and prove their worth to the awful, lying people and the system that has been holding them down. Their value does not derive from pleasing a man or serving the needs of men—their worth comes from within.

Her character arc is not going from powerless to powerful—her arc is about going from oppressed to free. Just because it wasn’t the arc you were expecting, that doesn’t mean it isn’t a character arc, nor a worthwhile one.

Finally, if you really think that somehow you were robbed because at the end she didn’t engage in a meaningless fist fight with the lying dude at the end, tell me why everyone in the theatre back in Raiders of the Lost Ark burst into shouts and applause when Indy was confronted by the unknown sword-wielding man and he merely pulled out his gun and shot him.