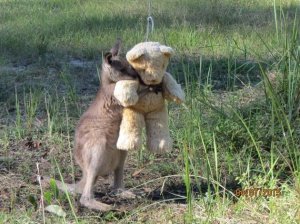 It’s Friday! The second Friday in August. Tonight is the first pre-season game for my beloved Seahawks, playing against the team I grew up rooting for because of where I lived, the Denver Broncos. Which means that mostly it will be all the rookies on both sides, because neither coach wants to risk the star players getting injured in what is merely an exhibition game. But it’s the first time seeing them play, so I’ll be watching!

Anyway, here is a collection of some of the things that I ran across over the course of the week which struck me as worthy of being shared. Sorted into categories with headings so you can skip more easily:

Link of the Week

This week in Difficult to Classify

Cartoon: Why Facebook is a Doughnut Stealing Mobster That I Hate Hate Hate. Thanks to ChasPAMelville for sharing.

Columbia House, the Spotify of the ’80s, is dead.

Why I Am Backing Away from Creative Commons.

That’s Not How Dicks Work: On Not Gay and “Straight” Men Who Have Gay Sex.

This week in Heart-wrenching

The girls who weren’t saved: Haunted by the 40-year-old Lyon Sisters kidnapping, a writer wonders why the biggest clue went unexamined.

Russian doll disease is a virus inside a parasite inside a fly.

“Protosuns Found Teeming with Prebiotic Molecules” –The Precursors to Life.

Attack on the pentagon results in discovery of new mathematical tile.

The Physics of Butterfly Wings.

Watching the Numbers Flow on This Ferrofluid Clock Is Almost Therapeutic.

Los Angeles Just Found an Awesome Way to Fight the Drought. It Involves Balls. Here Is a Video.

The End of the Universe: A (Slightly Premature) Lament. “A trillion years, tops”

Seven Atheist Arguments For The Existence of God.

The Victorian Hugos: 1893 Was to Books What 1977 Was to Movies. I had no idea that Jess Nevins was doing a regular column at io9 awarding honorary Hugo awards to works of the Victorian Era.

The KKK issues plea for members to kill gay people.

This browser hack reveals the truth about “political correctness”.

The Reverend Dan Erickson explains why I shouldn’t be an atheist.

Study Reveals The True Scope Of Voter Disenfranchisement In Texas.

Republicans Bleeding From Their Everywheres, And It Is Awesome.

Pat Robertson: Christians Can Ignore the Book of Leviticus (but the Anti-Gay Parts Still Apply).

This Week in the Clown Car

Donald Trump Is Winning The Polls — And Losing The Nomination.

Why Donald Trump Isn’t Going Away.

Inside the GOP Clown Car: On the campaign trail in Iowa, Donald Trump’s antics have forced the other candidates to get crazy or go home.

This week in Other Politics:

In U.S., 65% Favor Path to Citizenship for Illegal Immigrants.

Thanks, Obamacare: America’s Uninsured Rate Is Below 10% For First Time Ever.

Poll: Bernie Sanders surges ahead of Hillary Clinton in N.H., 44-37.

Sanders Shamelessly Pandering to Voters Who Want to Hear Truth.

This Week in Racism

Dear White America: I know it’s hard, but you have to acknowledge what’s happening in this country.

This Week in Sexism

The Real Real Genius: Thirty years ago, I helped inspire the lead female character in the classic nerd movie. I finally understand why some critics disliked its portrayal of women.. I was just talking about Liralen Li with friends the other day!

It’s Okay to Be Gay, So Long As You’re White.

What Gay Men Should Do Next.

and here we go a’SWATing.

A Statement about Lou Antonelli, Lakeside Circus, Harassment and Safety.

Doesn’t my artistic license cover that?

Bigotry isn’t a bug or a put-on in the rightwing base.

Thinking Machines and Thoughtless People: more of why I love sf/f.

How To Fix Trolling: