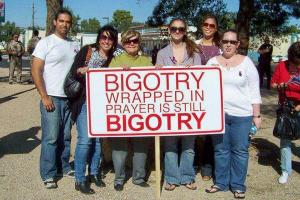 It’s Friday! Yay! And it’s been a weird week in the news. I may have gone overboard a bit…

Anyway, here are the links I found interesting this week, sorted into categories.

Links of the Week

When A Woman Deletes A Man’s Comment Online. “To be able to take issues fundamental to the health and safety of millions of people and turn them into sport where winners and losers are decided by talking points requires some level of insulation from the negative impacts of the outcome in order to enjoy participating.”

A Million People Live in These Underground Nuclear Bunkers.

Two Milo Reax Reax—One Long, One Short. “So look, straight people, if you don’t want gay teenagers above the age of consent entering into sexual relationships with older gay men—if you don’t want your gay sons pursuing older gay men and vice-versa—do what you can to make it safe for your gay teenagers to come out and date each other. Be just as supportive, proud, affirming and meddlesome when your gay teen starts to date as you are when your straight teens start to date.”

This Week in Restoring Our Faith in Humanity

Supreme Court Rules in Favor of Black Man Whose Lawyer Called Racist “Expert” to the Stand.

This week in the war on trans people 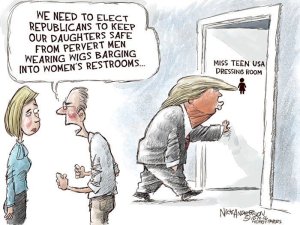 Trump’s Rollback On Transgender Rights Is A Threat To All Right.

This week in Comments, Trolls, and Wankers

This Week in Difficult to Classify

We’re Not Doing the Garter Thing.

This week in stupid

A Male Chiropractor Wants Women To Use Controversial Methods To Contain Menstrual Flow. Idiot thinks women can glue their vaginas shut to hold menstrual blood back until they pee… which proves he doesn’t know how vaginas work. I’m a gay man, and I appear to be more familiar with this anatomy than this quack!

This week in awful news

Indigenous women of Standing Rock issue heartbreaking plea for help ahead of evacuation.

This week in awful people who only have themselves to blame

An actual conservative details how the member-of-minority-says-minority-is-real-oppressor scam works, why it works, and what it buys the Republicans.

Milo Yiannopoulos: Girls Are In Danger When Adult Trans Women Use Public Toilets But 13-Year-Old Boys Can Benefit From Giving Head To Adult Males.

Roxane Gay — All I really need to say about Milo.

The Sad Truth About Milo Yiannopoulos.

Bill Maher Shows Us Why You Can’t Platform Fascists. Maher is trying to take credit for bringing Milo down, despite the fact the Maher didn’t just treat Milo with kid gloves (as some have described it), he actually agreed with Milo’s transphobic comments. Further Maher not only didn’t expose Milo’s weird hebephilia (it’s not pedophilia when the victim is post-pubescent, but I’m being pedantic, I know) comments, in fact, Maher has made some of those in the past himself…

Fewer Teens Die By Suicide When Same-Sex Marriage Is Legal.

Gay national champion college football player came out during ‘Never have I ever’.

Science: CEOs Are Such Bullshit.

NASA Scientists Have a Plan to Make Pluto a Planet Again.

Lumpy, hairy, toe-like fossil could reveal the evolution of molluscs.

The AI Threat Isn’t Skynet. It’s the End of the Middle Class.

Planet 9 Can’t Run Forever. Two Asteroids Give Up Some Clues.

LIGO’s detection of gravitational waves was an achievement comparable to Galileo’s telescope. Meet the man whose team built the detector.

Why T. Rex Had Such Puny Arms.

What is the crater-dome illusion?

Some Thoughts on the 2016 Nebula Nominees, the Shadow Clarke Award and some other awards.

Thoughts on the Nebula Nominees.

A Voyage Around the Puppy Seas to See How the Milomeltdown goes.

John Scalzi: On the Matter of Empathy For Horrible People.

My grandfather helped create Captain America for times like these.

This week in Writing

Finding The Plot: A Crash Course in Narrative.

This Week in Covering the News

Om Malik: How is The New York Times Really Doing?

This Week in Inclusion

Number of female protagonists hits record high in 2016, still half that of men.

Andrew Sullivan extols a pre-Trump past that bears little resemblance to the grotesque reality of American society..

How the last man to see Sylvia Plath alive was punished for his quiet homosexuality.

George Saunders on the incredible shrinking empathy of the Trump era.

When Did Christians Become Comfortable with the Loss of Truth?

Despite Having All the Power, Conservative Christians Are Still Pretending To Be Persecuted.

This week in the deplorables

Pastor walks out on Trump’s ‘demonic’ Florida rally: ‘My 11-year-old daughter was sobbing in fear’.

CNN host nails CPAC chairman for double standard: ‘You are okay with all the misogynistic things’. “Your line is pedophilia. Why aren’t some college campuses allowed to say their line is misogyny?”

This Week in the Resistance:

The Resistance Is the Majority of Americans — Not a New Tea Party.

Thousands of Miles and Nine Time Zones Away… There’s No Escaping the News from Home.

GOP is calling our treatment of Trump, vicious.

We're still at fair. You haven't even seen vicious yet.

Trump’s invention of a Swedish terrorist attack was funny. But it likely comes from a dark place.

Trump Can’t Build a Border Wall Without the Real Estate.

News about the Fascist Regime:

McMaster May Reorganize Trump’s Foreign Policy Team Once Again. Now saying they removed Director of National Intelligence and the Chairman of the Joint Chiefs of Staff from National Security Council BY ACCIDENT!

This Week in People Who Usually Oppose Us

Earlier in the week I linked to a story about the notorious Harlem Hate Church’s latest church sign, which used the nickname Tribulation Trump for Donald, and I didn’t want to watch Manning’s sermon video to find out why. So I tried to find it elsewhere. Turns about there are more evangelicals/fundamentalists who dislike Donald:

Here’s a DoNotLink to: Donald Trump is the Antichrist.

Here’s a DoNotLink to: TRUMP: ANTICHRIST OR PROTECTOR?.

Here’s a DoNotLink to: 13 Ways President-Elect Trump is Apocalyptic.

Here’s a DoNotLink to: Extreme joy from Witnesses regarding President “Tribulation” Trump!!

Dems to David Brock: Stop Helping, You Are Killing Us.

The Folly of Abolishing the N.E.A.

With billions at stake, a federal judge just nullified the GOP’s most cynical attack on Obamacare.

John Boehner: Obamacare repeal and replace “not going to happen”.

This Week in Racists, White Nationalists, and the deplorables

It’s Not Just Milo: Five Of The Wildest CPAC Speakers.

Anti-Semitic Crime in America: Latest on the hate crimes targeting Jews across the country.

The Secrets of the Universe.

“The human race might have one more chance…” – more of why I love sf/f.