I’m running so late on Friday Links that here I am posting them on Saturday.

Besides being another busy week for me at work plus a small medical thing and a vacation day that I really, really needed, there were just so many things I bookmarked. This week was just insane, news wise! And so much of what I’d bookmarked was just terrible news. Seriously, this week’s list of 80-some links is only a subset of what I bookmarked. So part of what took so long is me deciding which 50-some links not to include this time!

So, here are the links, sorted into categories as accurately as I could.

Link of the Week

Story of the Week

Hurricane Harvey: Beautiful but terrifying images of a monster storm.

Hell and High Water: Houston is the fourth-largest city in the country. It’s home to the nation’s largest refining and petrochemical complex, where billions of gallons of oil and dangerous chemicals are stored. And it’s a sitting duck for the next big hurricane. Why isn’t Texas ready?

How Did The Chicken Safely Cross The Road?

OPINION: STAR TREK NEEDS TO LOOK FORWARD AGAIN, NOT KEEP REVISITING THE PAST.

This sassy, ‘Drag Race’-quoting sex unicorn is an ugly step backward for LGBT inclusion in games.

This Week in Publishing

Restoring Our Faith in the Rule of Law

Did This Book Buy Its Way Onto The New York Times Bestseller List? tl;dr: Yes, yes it did!

The YA Book That Has the YA Community Crying Foul.

Delve into the mystery of whether this YA novel is buying its way onto the NYT bestseller list.

How YA Twitter Is Trying To Dismantle White Supremacy, One Book At A Time.

AUSTRALIA: Marriage Plebiscite May Backfire On Right Wing As Millennials Swarm To Vote For Their First Time.

This week in Words

This Week in Tech

AccuWeather caught sending user location data, even when location sharing is off. 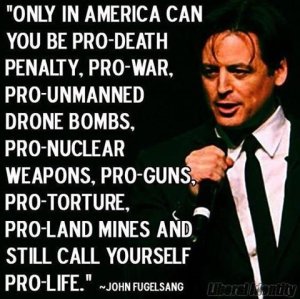 When Local Officials Want to Tear Down Confederate Monuments but Can’t.

‘This Is Not Hazing. This Is Rape’: Inside a Texas Town’s Football Nightmare.

The nutjob seen holding a “Blacks for Trump” sign many times: Maurice Symonette, a man of many names and corporations.

A Clown Shares What Face Painting Taught Her About Male Violence In An Alarming Twitter Thread.

Pride Uganda has been crushed. Please don’t look away.

2017 a mixed bag for state legislatures on LGBT-related bills.

This week in the Resistance:

Trump Is the Ultimate Republican.

As Trump ranted and rambled in Phoenix, his crowd slowly thinned.

Why Trump’s pardon of Joe Arpaio isn’t like most presidential pardons.

News about the Fascist Regime:

White House Nazi Sebastian Gorka Worked Hard to Make it Sound Like His Firing Was a Resignation.

This Week in Racists, White Nationalists, and other deplorables:

Two Texans Face Life in Prison for Federal Hate Crime Assault of Gay Men They ID’d via a Dating App.

This Man Used His Inherited Fortune To Fund The Racist Right.

The Legacy of White Supremacy: Why Confederate Monuments Should Come Down.

This Week in Foreign Enemies

Russia’s Attacks on Democracy Aren’t Only a Problem for America.

Brian Aldiss: the pre-eminent science-fiction writer – and always a gentleman.

Brian Aldiss, Author of Science Fiction and Much More, Dies at 92.

The weekend that laughter died.

Jerry Lewis, a Jester Both Silly and Stormy, Dies at 91.

Obstacles in our way—trying not to get mired while writing.

That statue doesn’t mean what you think it means—bless your heart.

I Didn’t Vote for Trump Because He Was Clearly Unfit for Office—and Still Is.

It means what it means and exactly the opposite at the same time—more adventures in dictionaries.