Why we can’t have nice things 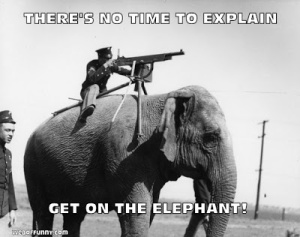 I decided to take the entire day off for the recent medical procedure. I didn’t need the whole day, but I’ve been experiencing nap attacks after dinner frequently. We’ve also cancelled a couple of short vacations recently for various reasons, so I’ve accrued rather a lot of unused vacation. I figured one day of sleeping in really late before going to the doctor’s would be a good thing.

Then, of course, I found myself wide awake before the usual time that my own alarm goes off for no apparent reason. So I got up, chatted with my husband before he headed to work, and did a small amount of writing. Fortunately, I started feeling a bit sleepy not long after that, so I went back to bed and slept until noon.

When it was time to head to the doctor’s office, I grabbed my stuff and headed out to the car. The first moment I knew something was wrong was when I saw that the back door on the driver’s side wasn’t completely closed. Then I saw all of the contents of our glove box and the center console piled up in the passenger seat. No windows were broken, and there was no sign of force entry. But the doors also weren’t locked. I am assuming that I simply forgot to press the lock button on the fob after I carried in the groceries earlier in the week.

They stole the iPod that is normally plugged into the USB port inside the console. It’s one of my favorite features of the car. We have a large library of our music playing randomly whenever we drive anywhere. They also took the iPod adaptor cable, as well as the spare cables we keep in there so we can charge our phones while driving if need be. Including the really pretty blue one my hubby found. And, when they pulled my spare eyeglasses out of the little compartment in the roof (I keep an old, but still the right prescription pair in there in case I break or lose my glasses sometime and I need to drive home). And while they didn’t steal the glasses, they did steal the matching sunglass lenses that attach magnetically to the glasses.

I didn’t have time to thoroughly assess what was taken. At the time, I just confirmed that the iPod was gone, but that the registration and similar paperwork was still in the car, and I drove to my appointment.

I was able to activate Lost Mode through the Find my iPhone app on my phone, so if anyone ever connects that iPod to the internet, it will brick itself and display a message that it is a stolen iPod. My bet is that unfortunately it will be some one who buys the iPod from someone who bought it from the thief, but I can hope.

Over the last year or so we have made a concerted effort to give away or sell most of the pile of old iPods we’ve accumulated (since Michael works at a computer refurbisher, he winds up with a bunch; he’s gotten scary good at replacing the batteries on a number of models). So we had a much more limited number of backups to replace the iPod with.

This is the third time in about 9 years or so that an iPod has been stolen from one of our cars. Every time it’s happened it’s been because one of us (me at least twice) left a door unlocked. So these are just crimes of opportunity, rather than anyone going to the trouble of actually breaking into cars.

I know there has been an uptick in the frequency of that sort of theft in our part of town. And apparently at least one a-hole is aware of it too.

Sunday night, right after I’d taken some stuff out to the recycle bins and loaded the dishwasher, Michael decided to empty the trash and recycle from the computer room upstairs. He was just heading out the door when we heard a woman’s scream.

I grabbed my phone and followed him. A van with its lights on was stopped in the middle of the street, in front of the house two doors down. A man and woman were yelling, and it quickly became clear that the man had been driving by when he saw the woman “behaving suspiciously.” He believed she was looking into cars with a flashlight as if looking for things to steal. She claimed she was looking gathering mushrooms.

As the yelling escalated, I started to dial 9-1-1. Then she tried to get away from the angry man, he grabbed her bike, grabbed her, and threw her to the ground. As my husband moved in and yelled, “Hey!” I was finally hearing ringback on my phone. So when the a-hole yelled at her that he had half a mind to call the police, I called out that I was calling the police because I’d just seen him assault her.

As I hoped, this got him to turn toward me, ignoring both the woman and my husband, and start yelling at me. I can keep an idiot/bully arguing for a long time. It’s not unlike yanking the chain on an internet troll.

Once I was actually talking to the 9-1-1 operator, the woman took off on her bike, and the man ran back to his van. He sat in there for a minute while I described the van to the 9-1-1 operator. I don’t know what he was doing. But his level of belligerence was not incompatible with someone who had been drinking.

Anyway as he drove away, Michael read most of the license plate to me. If this comes to court, I’m not going to be any good as a witness, because I didn’t grab my glasses. Everyone was a blur. Our immediate next door neighbors came out. As soon as she had heard a man and woman shouting outside, she’d called 9-1-1, too. And her husband pulled on enough clothes to come outside. The 9-1-1 operator told me cops were responding and an officer would be there, soon.

So we discussed with the neighbors what each of us had heard and deduced. As I said, “The guy might be right; she might have been prowling cars. But that doesn’t give him the right to assault her.”

And if I had been grabbed and thrown to the ground by a big angry man like that, I very well might have run off as soon as I had the choice.

As my husband pointed out, in a lot of places harvesting mushrooms out of other people’s yards is technically stealing (I assume that the yard owner would have to press charges), which would be one reason a person might be looking for mushrooms late at night. And since I recently wrote about our local fungi, and have been told by more than one person that the most spectacular ones I posted pictures of are very likely of the hallucinatory variety, a person intent on harvesting those kinds of mushrooms might prefer to do it at night when no one will see them.

When the cop pulled up a few minutes later, he asked us to clarify which way the woman fled. We’d given a good enough description of the van and the partial plate that they had pulled someone over, “And we’re pretty sure it’s him.”

The guy had seemed the sort of idiot who would immediately start yelling at the cop about how he was the victim of the woman who “started it.”

I didn’t mention that, but when he was yelling/arguing with me, that’s a phrase he repeated several times. “She started it.” Yeah, buddy. He was about 6′ tall, built like a bear, and she was about 5-foot-nothing and maybe weighed 110 pounds, and I saw him throw her to the ground. “She started it” ain’t going to cut it.

I know if they don’t find her to press charges, that nothing is likely to come of this (unless my guess that he might not have been sober is right).

If she was prowling cars, that doesn’t give a passing citizen the right to grab her and throw her to the ground. Sure, yell. Call the cops if you think you see a crime going down. Take a picture with your cellphone. But you don’t assault the person over suspected theft.

I hope that she’s physically all right, regardless of what she was doing. I started to type that I hope the guy learns a lesson, but the way he was yelling at her, then yelling at me, it’s pretty clear that he’s a bully and an idiot through and through. So maybe I can just hope that he doesn’t have any opportunities to assault or abuse anyone for a while.

But I’ll be triple-checking that I’ve locked the car for the foreseeable future.