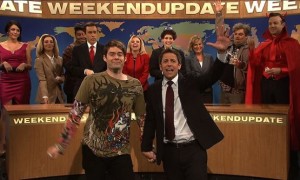 I posted my first Weekend Update just over two years ago because there had been a lot of new information coming in the day before about one of the stories I had linked to in that week’s Friday Links. I didn’t originally intend it to become a regular thing. I do skip it some weeks. But most weeks I wind up feeling I need to post some follow-ups to some of the previous day’s news. Before I get into the unpleasant story, let’s take a moment to rejoice:

Backers of I-1515, the initiative to restrict which bathrooms transgender people can use, have told Washington state officials they will not turn in signatures by the Friday midnight deadline! Thank goodness. We keep referring to this as a transgender bathroom initiative, but it did more than that: it overruled a state finding that Washington’s existing non-discrimination law and certain portions of federal law required access to public bathrooms consistent with a trans person’s gender identity; it also forbid state agencies to make any such rulings in the future; it also forbid cities and counties from enacting their own transgender non-discrimination laws; it forbid any school (private or not) allowing any transgender student to use any bathroom other than a private, single-person bathroom; and finally, it mandated a $2500 bounty be paid to public school students who caught any transgender classmates using any bathroom other than the one that “matched” the gender the student had been assigned at birth.

None of us had any doubt the law would stand up in court if passed. Several of its components are identical to laws and policies that federal courts have already ruled violate Title IX of the United States Education Amendments of 1972 (also known as the Patsy Mink Equal Opportunity in Education Act). The state constitution requires that initiatives cover only one topic with a very narrow focus, and multi-part initiatives similar to this one have been struck down in the past for violating that requirement.

But in our state, initiatives that gather enough signatures are almost always placed on the ballot regardless of how unconstitutional they appear, under the reasoning that the people can reject the initiative if they think it is unconstitutional, and courts can examine the law in full after it is enacted if need be.

Past experience indicates that when an anti-gay initiative is on the ballot, the amount of harassment and hate crimes in the state go up, as the haters are whipped into a bit of a frenzy by all the advertisements and misinformation. Fighting an initiative takes time and effort away from other worthy causes, and it if did pass, fighting the initiative in court is also costly. And as we’ve seen recently with the Brexit vote in Britain, sometimes when a vote like this passes, it convinces the haters that everyone agrees with them, and the hate crimes and harassment continue.

So, this news Anti-Trans Campaign Fails To Collect Enough Signatures To Advance is wonderful and deserves a round of applause! 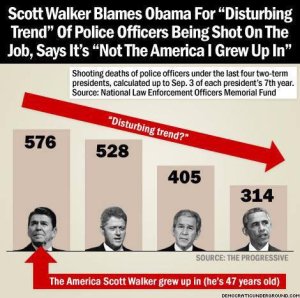 In less pleasant news, the Dallas shooting situation was still happening Thursday night when I finished the yesterday’s Friday Links, so there has been a lot of developments. Among the details that I think people have still missed: there was only one shooter, not several. The shooter was not the person whose picture was plastered everyone as a person of interest, and whose picture remained on the police web site for nearly 24 hours after the police had already determined he wasn’t involved. Five officers total died. The Black Lives Matter organization was quick to condemn the shooting. The demonstration was peaceful. The sniper was killed by a remote controlled robot that the Dallas police obtained from the military supposedly for bomb disposal purposes.

Alton Sterling was a felon. Philando Castile was a ‘good man.’ None of that should matter. Whenever a black person dies in police custody, the press seems to put all effort they can into digging up information about the person’s past, as if that has anything to do with the use of force at the time of the killing. It doesn’t matter if Sterling had a criminal record, in the video he was clearly not struggling and was not a threat to anyone. It doesn’t matter the Castile was an exceptionally wonderful man and pillar of his community, having a broken tail light is not a valid reason to be executed by a cop, let alone be denied medical attention and allowed to bleed out while his wife and child watch, with the cop pointing his gun at them.

Police harassment of people based on racial profiling and other criteria that should have no bearing on how the citizen is treated isn’t a new problem. We mostly know about more cases now simply because nearly the entire population carries phones with cameras and the ability to uploads pictures and video to the world wide web from just about anywhere. There have been attempts to deal with the misuse of force by some police even before the era of the smart phone. We should revisit those attempts and figure out which things worked: The Blazer Experiment.

There are things that we can do as individuals. Here are some: How to be a white ally: Fighting racism is your responsibility — start now.

I’m glad that the suspect was stopped before any more cops were killed, but I’m not at all comfortable with the continued militarization of police: Use of robot in Dallas highlights tactical opportunities, ethical questions for police.

Then, of course, there is the man who was not in any way involved in the shooting, but whose picture was plastered all of the world as a suspect, and the stupid reasons that it was: The Case of Mark Hughes, Or Don’t Carry at a Protest. “Hughes may have been totally within his legal rights. But his actions were really only barely less stupid than the jackasses who terrorize folks at the local Bennigans or Home Depot by ‘legally’ walking into a public establishment with an AR-15. Why do you bring a rifle to a peaceful protest? I get it. You do it as a message of self-assertion and power in the face of dehumanization and powerless. It’s still stupid; it’s not the right or a safe way to send that message.”

I’ve spent almost two hours on this post. That’s enough. I’m going to go post more cute cat pictures to my twitter, and then get back to Camp NaNoWriMo.