Confessions of an older homo devil, or, Some of us had baggage to deal with 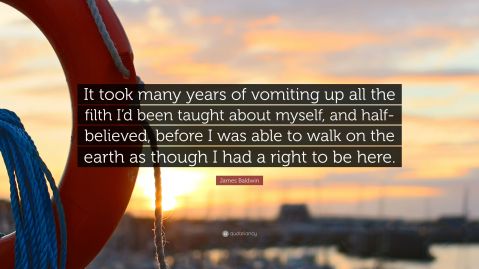 I was reading on two different services people discussing some problematic tropes, and for part of the conversation I found myself feeling attacked. By which I do not mean the funny meme-sense of that phrase where you recognize an unflattering truth about yourself in a generalized comment someone is making. No, I mean I felt as if the people discussing the issue were either dismissing my lived experience, or at least making the decision that people such as myself don’t matter. And for different, though related reasons. Which shouldn’t be that surprising since the problematic tropes in question are related to one another.

One of the troublesome tropes under discussion was that Old Canard, Bury Your Gays. If you aren’t familiar, the trope refers to the fact that often in fiction, queer characters are killed off and written out of series far more often than non-queers. I wrote about this a few years ago (Invisible or tragically dead… reflections on representation) in a year where over the course of the first 80 days of that TV season, 22% of all the queer regular or recurring characters across all network shows had been killed. And I pointed out that if the same rate of “anyone could die” actually applied across all of the casts of network shows regardless of orientation, that that would mean 2.5 characters being killed every single night of prime time television, and would mean that each season shows would have to replace more than 94% of their casts.

Many people have rightfully pointed out that a major contributor to the problem is that so many series, movies, novels, et cetera have at most one queer character (and rarely a pair of queer characters). In those cases that means that the only representation a show has of nonheterosexual people is erased by one character death. And even in those rare cases where there is a second queer character, since the second character is almost always in some sort of relationship with the first, that means that the sole queer representative left in the series is now an example of the equally bigoted/stereotypical Tragic Backstory Gay.

The lack of adequate representation is only part of the problem. Another very big part of the problem is that many writers think that queer characters are only suitable for queer plotlines, and so once the series has dealt with an incident of homophobia and an relative/friend learning to truly accept and support the queer character, that there is absolutely nothing else one can write for the character so they are now dead weight. But there are folks—most of them members of the queer community or allies—who genuinely think that the lack of realistic numbers of queer characters is the only reason Bury Your Gays is a problem. And unfortunately this causes other problems.

The discussion that I saw this week illustrated this well. One person was explaining what Bury Your Gays means, and went on to express their personal opinion that because they have read or watched so many queer characters get killed off so many times that they just don’t want to ever watch or read such a storyline again.

And people got very angry about that assertion. “How dare you say that I can never kill a queer character in my story!” “How dare you demand representation but also special treatment!” And so on.

Which is absolutely not what the person said.

Let’s switch topics for a minute. I was physically and emotionally abused by my father as a child. For that reason, I find it very difficult to sit through storylines involving abusing characters in stories I read or watch. This means that sometimes I stop watching a series or I put down a book never to pick it up again. I experienced a lot of that in real life and would rather spend my free time (which is what the reading of novels and watching of series or movies is, my free time) on other things. Similarly, many years ago a particular series I and friends were reading seemed to be obsessed with rape (and the gleeful humiliation and torment of vulnerable characters in general) as a plot engine. I decided that I didn’t need anymore of those kinds of scenes in my imagination, and I stopped reading the series (and when the editor of said series later became the author of an international best-selling fantasy series that similarly pruriently reveled in rape and torture, I swore off that, too).

And yes, I’m generally in sympathy with the commenter who said she’d rather not read any more deaths of queer characters. For 59 years I have read stories in which if gay people like me were included at all we were the depraved villains or the tragic victims. And if I could go another 59 years of life and never, ever read or watch another story in which that happens, I would be happy (and not just because it would be cool to live to be 118 years old).

It’s not that I refuse to read stories where that happens. I do, even when I have been warned, sometimes. And full disclosure: in the series of fantasy novels I’m working on a lot of queer characters have bad things happen to them. In book one a canonically pansexual character appears to die (and his apparent death is quite important to the plot), though it is revealed later he survived. But as the series goes on I kill off an asexual character, a bisexual character, a genderfluid character, and (in flashback) a trans character. So as a queer author I’m doing this. But I also point out that there are a lot of other gay, lesbian, bi, pan, genderfluid, ace, and trans are in the story who don’t come to untimely ends. And as I’ve mentioned in blog posts before, I’m one of those authors who literally cries at the keyboard while writing a death scene, so I don’t take these things lightly.

So I’m saying that it is perfectly reasonable for a reader/viewer to make a decision about what kinds of stories they want to watch. And while writers get to decide what they do in their own stories—readers, viewers, and other writers are allowed to point out if we think they are portraying harmful stereotypes or perpetuating bigotry.

There was a second trope discussion where I felt attacked. People were lamenting the Gayngst trope. This is the tendency of many writers to portray all queer people as being unhappy with their lives, and specifically wishing that they weren’t gay. The people participating in this thread were unhappy with this trope because they were convinced that it is never true. One person asserted that there were no queer people anywhere who, once they got past the questioning stage and realized that they are queer, wished that they weren’t queer.

Which is where I really felt attacked. I realized that I was a gay boy at the age of eleven. Puberty hit like a freight train, as I said in that post, and finally I knew that all those people (including my father, some pastors, numerous teachers, and other adults in my life) who had bullied me for being a sissy, pussy, c*cksucker, and f*ggot had been correct.

I did not magickally become a wildly pro-gay activist at the moment of that realization.

To use the terminology of the the great James Baldwin quoted above, among the filth that I had been forcefed throughout my life up to that time was the absolute certainty that queers like me were going to spent eternity burning in Hell. And, since god is supposedly a Just Creator, we deserved it.

So, yes, I spent the next 13 years of my life frequently crying myself to sleep at night and begging god to take those feelings away.

It wasn’t until I was 24 years old that I started to believe that maybe, just maybe being queer wasn’t a curse that absolutely meant I would never know love, that I would constantly be fighting off depraved urges, and that I would ultimately deserve to be thrown into the Lake of Fire.

I was well past questioning for those years. And it wasn’t until I was 24 that I let a female friend talk me into the notion that maybe I wasn’t gay, but was actually bisexual. I would say that was the beginning of my questioning years, not when I first realized back at age eleven.

If some queer people younger than me really do immediately go from, “I don’t know why I seem to be different than what society expects me to be” to “Hey! It’s great to be queer” than I am very happy for them. I have my doubts that the transition is that instantaneous, but maybe it is.

Regardless, I know for a fact that millions of us spent a number of years mired in that self-loathing. And it isn’t just old fogies like me—earlier this year gay millennial Presidential hopeful Pete Butigeig admitted that “If you had offered me a pill to make me straight” he would have taken it.

So, while Gaynst shouldn’t be the universal portrayal of all queer people in stories and pop cultural, it’s okay to admit that some of us experienced that as part of our process of becoming who we are. And you should be able to criticize the stereotype without also erasing the queer people who experienced coming out differently than you.

It wasn’t until I was 31 years old—literally 20 years after I first realized and understood that I was a gay man—that I finally vomited up enough of that self-loathing and other filth to start walking this earth as if I had a right to be here. And the struggle of getting that point is something which should be honored, not erased.

6 responses to “Confessions of an older homo devil, or, Some of us had baggage to deal with”