I know I’ve been really bad about posting anything other than the weekly Friday Five and today’s post barely counts, since it is mostly linking to some news stories. Specifically some news stories that can’t wait until Friday.

You’re probably asking: what are the Georgia Guidestones and why would extremists bomb them? Those are very good questions, but John Oliver has already done a much better (and quite funny while still being very informative) job of explaining what the Guidestones are and why some people hate them:

The sum-up is: back in 1980 a man paid a lot of money to have this granite monument erected in Georgia, and ever since then whacko conspiracy theories have revolved around it. The slabs of granite are engraved with some sayings in six different languages which, viewed out of context, seem like fairly generic advice about making the world a better place. Except that one of them calls for limiting the total human population to only 500,000,000 (less than 10 percent of the current world population), and a couple of others have a more than slight eugenics vibe to them.

A lot of rightwing people in Georgia believe that the monument is Satanic. Of course they also claim the monument was built by druids thousands of years ago, despite the fact that one of the six languages the vague sayings are engraved in is modern English. And the fact that the building permits issued in 1980 for the construction are on record.

The person who had them built did so under an assumed name and tried to keep his identity secret. John Oliver’s bit includes information from a documentary where the builder, who had promised to keep the guy who financed and designed the thing secret, seems to accidentally name the guy. If this documentary is correct, then the person who built the guidestones was a supporter of former Klan-leader and racist far-right politician David Duke. Which makes the sayings engraved on the granite about population and "reproducing wisely" take on a decidedly more nasty connotation.

The rightwing nutjob parts of the internet are all a flutter with how this bombing is a great victory over Satan and so forth. It’s probably safe to infer that whoever planted the bomb is a rightwing person–a person none of us would be surprised to learn has their pickup truck plastered with pro-Trump stickers. The sort of person who would not be able to appreciate the humorous idea that if they knew the identity of the person who built the monument and how his white supremacist ideas informs the engraved sayings on the stones they would actually be holding these objects in great reverence.

Of course, the rightwing nutjobs have never been terribly discerning, as demonstrated here: Why superhero satire The Boys turned off its rightwing fanbase – Amazon’s subversive smash hit has irked some fans with a more overtly political season that dares to position the show’s villain as a Donald Trump stand-in

I have several quibbles with that headline. First, you would have to be completely braindead to have watched the very first episode of the very first season of this show and not see the political commentary going on. I can agree that they got a little bit more blatant in this (the third), but it was so blatant already! And the reason the rightwing fanboys (as opposed to other fans) are upset isn’t the trump comparison. No, if you go read some of the angry posts of these dipshits on line you’ll see that what they are upset about is that they didn’t realize until this season that the character The Homelander is a villain. Murdering an entire passenger jet full of innocent people (including a child in the arms of a mother pleading for her child’s life) just to protect his reputation in the first season didn’t tip them off that he’s the baddest of the bad guys.

I need to digress for a moment here to point out that there are almost no characters in this series who are good guys. Which shouldn’t be a surprise since the comic books the series is based on was full of edgelord cliches about how everyone cheats, everyone steals, no one does anything out of the goodness of their own hearts, et cetera. If you are inferring from this that I wasn’t a fan of those comics, you are correct. I ended up watching the series because friends I trust (including my husband) told me that the show was worth looking at. Also, since one of the main characters is played by Karl Urban, I had to give at least one episode a shot.

Anyway, the political commentary of The Boys has never been subtle. But we have seen in real life that a significant fraction of the population is unable to perceive satire and parody. Remember all those folks who got upset when they found out that Stephen Colbert was joking the entire time he was pretending to be a rightwing pundit on first The Daily Show and its spin-off The Colbert Report?

Still trying to put most of my energy into NaNoWrMo, so once more, not much in the way of a substantive blog post.

How to reuse or recycle political signs instead of adding to landfills.

Rupert Murdoch ‘told Trump he had lost’ after he whinged about Fox coverage.

Elseweb, people asked how my NaNoWriMo word count was going. As you can see in the above image, not badly at all, thank you.

I’m doing NaNoWriMo, and have already diverted a lot of attention on the election and commentary thereof. So instead of a substantial blog post, here is a fun meme-set swiped from iamjohnlocked4life.tumblr.com: 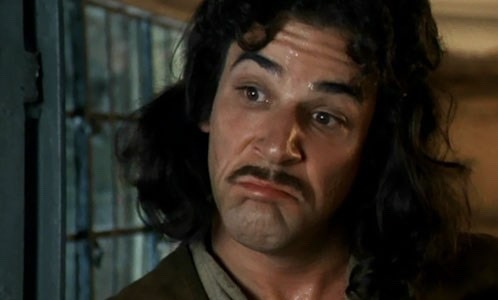 If you think you are already registered to vote, check to make sure. In many states voter suppression tactics include deregistering voters.

Vote in every election and for every race.

Make sure you’re registered. Don’t let them prevent you from voting! 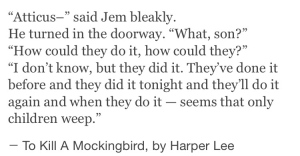 I was raised by a racist jerk.

My dad is such a stereotype that people didn’t always believe me when I described him. To this day he regularly throws around the n-word, refers to the latino men who work on his crews as “wetbacks” and “spicks,” refers to any eastern asian-looking person as a “gook” or a “chink,” and so on. He will go on and on about all of the bad qualities he believes each of those groups share, if you let him. It is simply toxic to talk to him. The fact that he also speaks with a pronounced Oklahoma drawl, and that his conversation is peppered with words and phrases people associate with the south is just icing on the redneck cake.

My dad is the kind of racist that is almost too easy to spot. Guys like him make it very easy for the rest of us to pat ourselves on the backs and congratulate ourselves on being more enlightened. Because compared to him we clearly are.

But that doesn’t mean we aren’t racist… END_OF_DOCUMENT_TOKEN_TO_BE_REPLACED