Who will judge the judges? 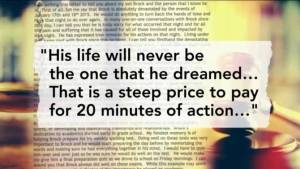 This is one of those news stories where I don’t want to wait until my Friday round-up of links to talk about it. Among the things voters did in the various states holding primaries on Tuesday, nearly 60% of the voters in one California district voters to recall (remove) a judge: Voters Recall Aaron Persky, Judge Who Sentenced Brock Turner.

The rest of this post is going to be about a sexual assault, including details that I found disturbing when reading earlier coverage of the case, and disturbing again while summarizing before stating my opinion about why the recall was justified. Don’t click through if you don’t want to read about such a crime… END_OF_DOCUMENT_TOKEN_TO_BE_REPLACED