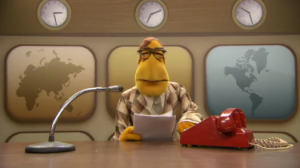 It’s time for another post about news which either didn’t make it into this week’s Friday Five, or is an update to a story included in a previous Friday Five or Weekend Update, or is otherwise related to some stories I’ve commented upon previously.

You may have heard that the Boy Scouts have filed for bankruptcy. Depending on where you heard it, you might believe that this is related to plummeting membership since the organization changed its code so that kids won’t be kicked out just for admitting they are gay (in a half measure policy the automatically kicks them out as soon as they turn 18, and makes it very easy to get them excluded for quite flimsy reasons). Because the rightwing anti-gay organizations are all screaming that that is what happened.

That is absolutely not what’s going on.

Scouting membership has not dropped since the rule went into effect in 2014. Both the national organization and local chapters are doing well financially.

The problem is that more than 2700 former scouts have come forward about being sexually abused by scoutmasters for many decades—long, long before anyone was contemplating letting openly gay kids into the organization. Sexual abuse lawsuits against other large organizations who failed to protect kids from sexual predators (such as USA Gymnastics) have resulted in large settlements. The national scouts claim they are filing for bankruptcy in order to set up a victim’s compensation fund and protect the assets of local chapters.

There are a few problems with that: For sexual assault victims and local councils, Boy Scouts’ bankrunptcy poses tough questions – On Wednesday, rival lawyers for Boy Scouts of America and 2,700 alleged victims met in federal court in Delaware. One being that when these kinds of cases get settled in bankruptcy court, victims wind up getting far less money, and the organization can continue to function as before. Whereas the goal of the original lawsuits are to get money to help cover the therapy and related costs the victims have already paid, but also to force the organization to learn from its mistakes.

On the other hand, the news of the bankruptcy bid has prompted more victims to come forward: Boy Scouts bankruptcy bid prompts other sex abuse victims to step forward – One Louisiana man, who kept his abuse ordeal secret for 60 years, reached out to a lawyer Tuesday to tell his story.

As a former scout myself I have a some sympathy for letting the local chapters continue to function. There are a lot of kids in these troops who have a lot to gain from its continued existence. But, as a former scout, I also remember that the Scout Law includes the lines: “Try to help others be happy” and “Do what you think is right despite what others might be doing or saying.”

They now know that thousands of people that were in their care are miserable and traumatized by things that happened to them within their organization. Their lawyers are saying to take this legal tactic that limits the consequences they will face for misdeeds. Other organizations have used the bankruptcy courts in the same way. How can someone who has taken the Scout Oath and studied the Scout Law possibly believe that dodging some of the cost this way is the right thing to do? Is a way to help others be happy?

And I’m hardly the only person asking this question: Did the Boy Scouts violate their own honor code by filing for Chapter 11 bankruptcy?

The problem is bigger than the Boy Scouts of America. Large institutions, particularly hierarchical organizations tied to the notion of patriarchy, enable abuse. Other parts of the Scout Law urge scouts to obey the rules of their troop, to respect and obey leaders, and to put the needs of others ahead of their own. Those principles can easily be used by manipulative abusers to convince victims that it would be wrong to come forward. If you’re not the victim, your instinct it to protect the organization when you hear any rumors or allegations. If you know and respect the person accused, you’re much more likely to disbelieve the accuser.

Religious institutions also attract certain types of people that become abusers. Let’s not forget that the Boy Scouts are a religious organization, the Scout Oath begins, “On my honor I will do my best to do my duty to God and my country and to obey the Scout Law…” One of the reasons that there are so many closeted gay priests and pastors in the most anti-gay churches is that when those priests and pastors were young men struggling with their sexual orientation, they saw doing god’s work as a way to make a bargain: I’ll become a priest, lord, so you can take these feelings away. Similarly, if someone is sexually obsessed with children. Same bargain: I’ll dedicate my life to god, surely he will make these feelings go away?

There is a lot of tragedy in every corner of these messed up situations. But I think it’s most important to focus on the children and young people who were victims of the abusers. The assets of the organization, and the future financial well-being of the organization, should not take a priority.

And to those wingnuts who are trying to make this bankruptcy story somehow the fault of people advocating for the rights of gay kids, how about an organization that is still just as anti-gay as the wingnuts? Harrisburg (PA) Catholic Diocese Declares Bankruptcy After Sex Abuse Lawsuits – In 2018, a Pennsylvania grand jury released a report detailing the abuses that took place in six of the state’s eight dioceses. They published 884 pages of damning information that implicated hundreds of priests.